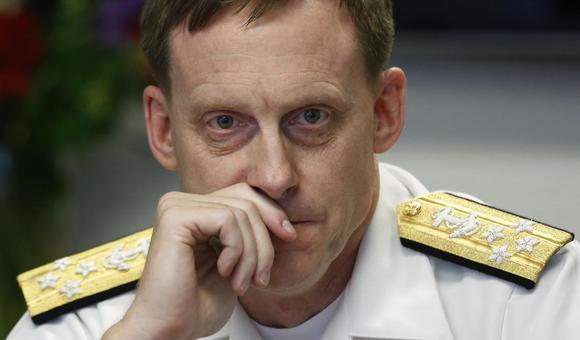 Last week a host of government and industry security experts met at the Reuters Cybersecurity Summit in Washington. During the summit NSA Director and CyberCommand Commander Admiral Rogers shared his views on NSA privacy issues, Snowden and the threats we face today.

Director Rogers, the new head of the NSA, inherits a mess. American citizen trust in the NSA and other government intelligence organizations hit an all time low after Edward Snowden “blew the whistle” on questionable practices at the agency.

Rogers will not only have to try to restore public faith in the NSA, he will have to deal with the fallout.

And while many see Snowden as a hero, they neglect to see that his actions go far beyond bringing attention to NSA spying and US citizen privacy.

“Mr. Snowden stole from the United States government and national security a large amount of very classified information, a small portion of which is germane to his apparent central argument regarding NSA and privacy issues. The great majority of which has zero to do with those viewpoints,” Director Rogers said.

“I would characterize it as … a broad range about NSA capabilities against a range of traditional military targets, issues of concern to the nation,” Rogers added. “Nothing to do with privacy rights or actions that NSA does or does not take involving citizens of the United States.”

Snowden then took this classified information and ended up seeking asylum in Russia, of all places…

Director Rogers has a full plate in front of him – leading US CyberCommand, and not only directing but fixing the public image of the NSA. And, honestly I could not think of a better man for the job.

When watching news about government spying in the ’70s with his family, Rogers turned to his father and said, “‘Dad, what kind of nation would we ever want to be that would allow something like this to happen?“

What kind of nation indeed.

Rogers is highly regarded in both the military and the intelligence community. He also seems to be a man of integrity and a great leader. If anyone can right the ship, my money is on him.