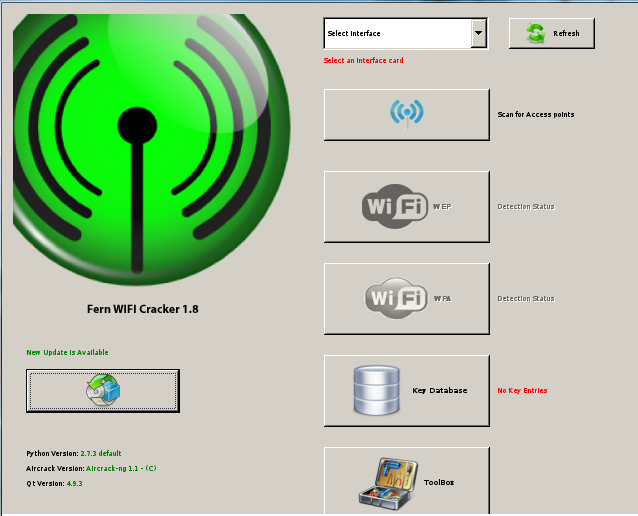 Wouldn’t it be cool to be able to test wireless network security using your Raspberry Pi? Well, thanks to Kali Linux, you can! With Kali you can scan for Wi-Fi networks and even perform active penetration testing using your $35 Raspberry Pi.

I just finished up another article for Hakin9 Magazine. In the article I covered using a Raspberry Pi to crack Wi-Fi security from install to basic pentesting.

(NOTE: As always, these techniques are for IT teams and computer security testers, never attack or attempt to access a network that you do not own or have permission to access.)

From the main menu (see picture above) just select your wireless card, then scan for access points. As they are found Fern lists them under the WEP or WPA Button.

Clicking the associated button will display a list of the access points found. Then just select the one you want to test. You now have two attack options. You can select the Reaver WiFi Protected Setup (WPS) attack and a normal Association Key dictionary brute force attack : 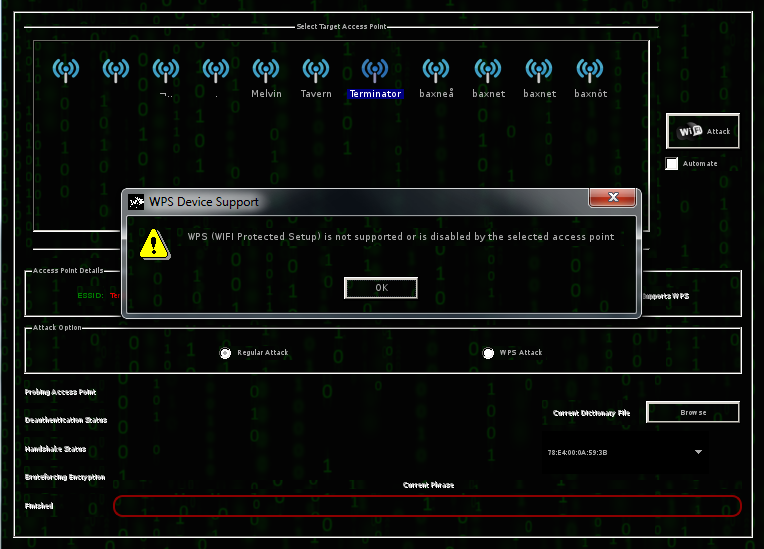 Fern works very well and is actually pretty responsive when run on a Raspberry Pi.

With the Pi being so small and cheap, this opens up some interesting options for professional penetration testers, especially when paired with a USB Wi-Fi adapter and a battery back.

For a lot more information on computer security, including bypassing the most common Wi-Fi security techniques, check out my new step-by-step tutorial book, “Basic Security Testing with Kali Linux”.